IR35 legislation and the changes ahead

UK government first introduced the IR35 legislation in April 2000.This law is an anti-tax avoidance to ensure that employees pay the right amount of tax.

It requires workers that work with a specific arrangement be treated as employees rather than self-employed.

The arrangement affected by IR35 Legislation.

When an individual let say, Jack sets up a limited company (Jack ltd).Jack ltd would be an intermediary through which Jack would provide services to AB Bank Ltd.

By doing this, AB Bank ltd would then have to pay Jack Ltd.The total cost of the services would be paid without deducting tax and national insurance.

Jack by setting the company has done so with the assumption of running a business. The company could claim all the expenses in running the business which invariably reduces the corporation tax paid.

However, if the individual doesn’t meet several tests that have been set, then he might be a disguised employee.

It is defined by HMRC as someone who is a contractor.He works under the arrangement described above filling a permanent position in a company.

Test to take for IR35 Legislation.

IR35 has been a very complicated legislation and therefore have its has changed several times.

HMRC has set test using the past tribunals and court rulings.  Also, using the proof of employment to check if an individual is employed or self-employed.

Test of employment such as the contract in place, mutual obligation between the individual and the employer.Others such as how much control is exerted by the employer. Checking whether the employee can be substituted or not, etc.

However, to know if an individual caught by the legislation, You can take the test on https://www.tax.service.gov.uk/check-employment-status-for-tax/cluster/

Before 6th of April 2017, the employee had the responsibility of checking if the IR35 legislation caught them.

In the tax year 2017 this changed for the individuals that worked in public sector as their employers were responsible for checking if their status.

How most public sector employers applied the IR35 legislation.

Some of the public sectors rather than applying the legislation on the individual basis took the general approach. And most contractors were brought under IR35 legislation immediately after 6th of April 2017

Plans for IR35 legislation to the Private sector in 2018.

Advice on how to deal with IR35 legislation.

If you are not sure if this legislation affects you.We would advise taking the test stated above.But if you would like a more timely and professional advice, kindly contact us. 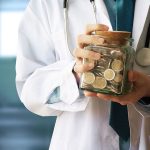 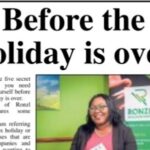 Before the holiday is over