THE MAJOR CHANGES TO PRIVATE SECTOR, IR35 CHANGES FROM APRIL 2020

The IR35 legislation is a legislation that has been used by HMRC since 1999 as an anti-avoidance tool for contractors that run their business through a limited company.

Since April 2017, The HMRC introduced some new changes to the way IR35 was applied in the public sector.

How IR35 legislation in the private sectors would affect businesses.

To be able to explain to you all how this works effectively, I will have to explain a scenario to you.

When a business, let’s say Mega Bank, has contracted Jayne Limited (another example) to provide services for them, Jayne, the director of Jayne limited, would have supplied these services.

There would have most likely been an agency or recruitment company that had connected Megabank with Jayne limited.

The IR35 legislation applies if the HMRC can prove that in the case that Jayne did not have a limited company, she would have been an employee of Mega Bank.

Supposing that Jayne was an employee, Megabank would have to pay her consultancy fees as an employment income and PAYE applied.

The changes to IR35 legislation in the private sector.

Previously, before the changes, the contractor (Jayne) had the responsibility of monitoring if -she fell under the bill.

However, the changes that were introduced under the IR35 meant that the business owner (Mega Bank or the Agency) was now in charge of checking the employment status of the contractors.

The answer to that question is no. Not all private-sector employers are being caught by IR35.

Private companies that are medium or large are affected the most by the changes.

What are Medium and Large Companies as defined for changes?

Medium and Large companies are defined in tax law.

They are companies that have a turnover of £10.2 million and meets at least one of these conditions

What happens when caught by IR35 legislation in the private sector.?

If you are a contractor that has been caught by the IR35, there are three ways it could go down.

What happens when Option 3 is applied?

The Treatment of the money paid to Jayne Limited under IR35 legislation.

Conclusion on proposed IR35 legislation in the private sector.

Planning is the key to dealing with IR35 legislation. If caught by this legislation, you must ensure that plans are made for personal tax and your business. 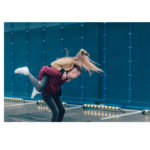 PLANNING TO SELL A PROPERTY IN 2020, YOU SHOULD READ THIS!